Our Executive Clinical Director, Dr. Chantelle Thomas, recently appeared on CBS Milwaukee. Watch the interview on CBS 58 and read what they had to say below.

MILWAUKEE (CBS 58) — Prince Harry remains in the spotlight with his new memoir “Spare” now available to readers worldwide. He discusses his relationship with his father and brother as well his exit from the royal family following his marriage to his wife Meghan, the Duchess of Sussex.

In the book, Harry also discusses the loss of his mother, Princess Diana, and the weight her loss left on him as a young man. During an interview with Anderson Cooper on 60 Minutes Sunday night, Harry admitted to using psychedelics to help heal from trauma.

“I would never recommend people to do this recreationally, but doing it with the right people, if you are suffering from a huge amount of loss, grief or trauma, then these things have a way of working as a medicine,” Harry said. “For me, they cleared the windscreen, the windshield, the misery of loss. They cleared away this idea that I had in my head that my mother, that I needed to cry to my mother to prove that I missed her, when in fact all that she wanted was for me to be happy.”

For roughly a decade, professionals at the University of Wisconsin-Madison have been researching the impacts certain psychedelics, including psilocybin, can have on the human brain.

“There are some really encouraging trends that have been noted and encouraging study results that have been published across the country,” said Dr. Chantelle Thomas, a researcher at UW’s Department of Family Medicine and Community Health. “A lot of people are not aware that this research has been happening for quite some time at the UW.”

According to Dr. Thomas, UW was identified as one of the international study sites for the Multidisciplinary Association of Psychedelic Studies (MAPS) study for MDMA assisted psychotherapy. Researchers use that compound of MDMA, alongside a therapeutic protocol in combination with MDMA, to treat post-traumatic stress disorder.

“MAPS has now completed their second phase of the phase three study for that,” Dr. Thomas said. “The initial results that came from that study in the phase 1 indicated an 80% response rate for trauma-related symptoms and over 60% of the participants actually no longer met criteria for PTSD.”

While the research is very promising, Dr. Thomas admits there are still a lot of unknowns. She emphasized the importance of understanding the chemicals and them being used in a controlled environment.

“The idea is to continue generating, with more specificity, a way to educate and support the public in understanding what is actually available, what has been supported by research, where are there trends developing, and the real importance of making sure they get the education they need to not go seek out these things without the proper knowledge base, the proper homework on the back end and without really paying attention with what we actually know and what we don’t know,” Dr. Thomas explained. “Really being able to have a very balanced conversation about it as opposed to just like this massive zeal or enthusiasm for this solving everyone’s problems, because that’s certainly not what we’re talking about.” 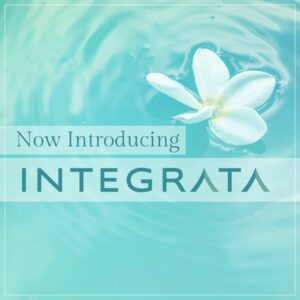 MILWAUKEE, Nov. 10, 2022 /PRNewswire/ — The future of psychotherapy has arrived. Integrata is a psychedelic assisted psychotherapy program led by a...